The Anchor Boys meet on a Friday night, 6 to 7pm and aged Primary 1 to Primary 3.
The Anchors are identified by their Red Jumpers. 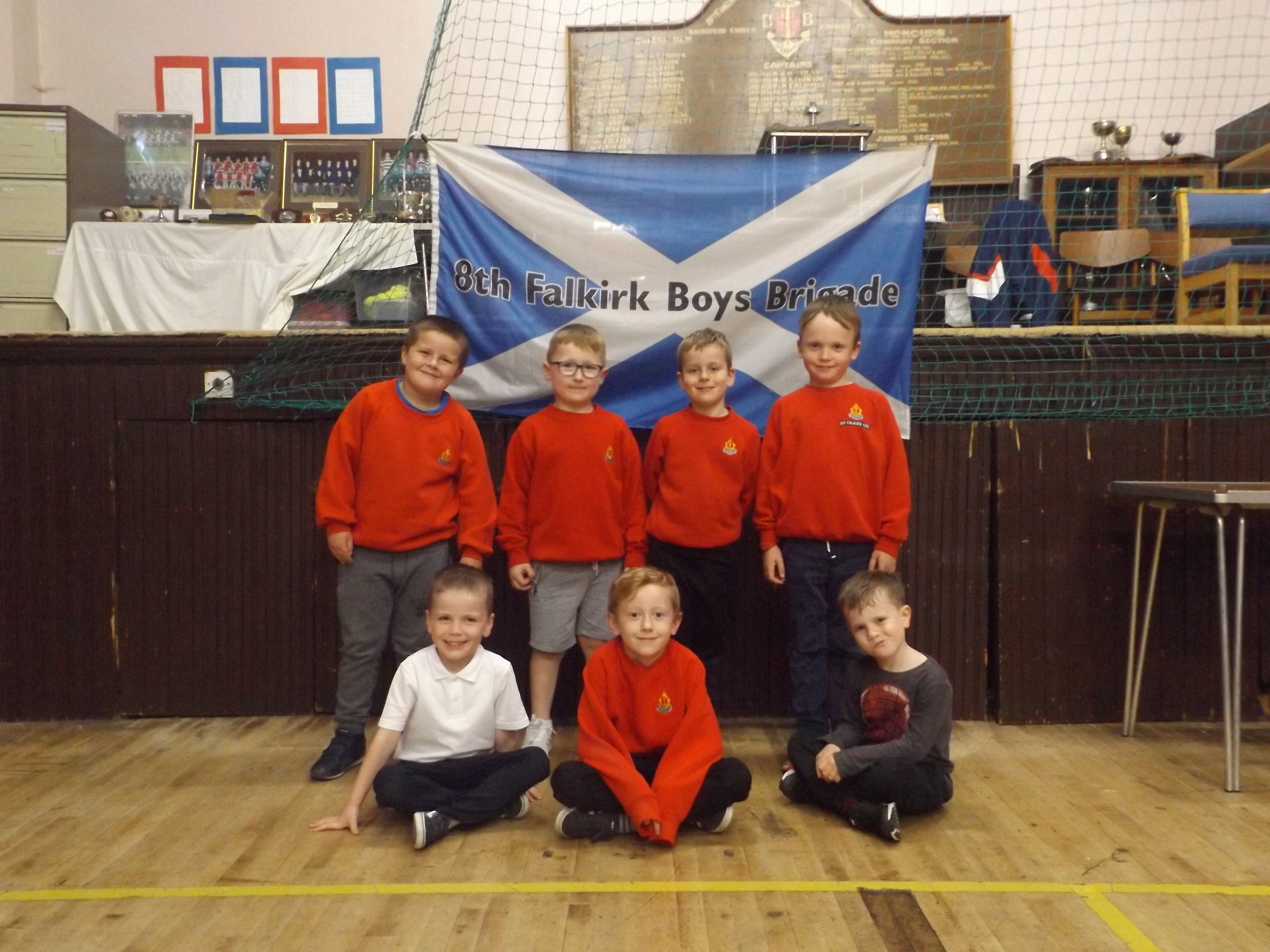 For the first half of the evening the boys do various Physical activities, such as Basketball, Ladders Traffic Lights, and Corners to mention a few.

Boys split into 2 teams and play a basic level of Basketball.

Boys are split into pairs, then the pairs are numbered, the pairs then sit in a long line with feet to feet creating a ladder. Each pair is given a number - when their number is called the pair get up and run up the middle of the ladder avoiding the legs of the other pairs then round the top pair and then down the outside back to their position.

The boys start by forming a line in the middle of the hall (the amber position) then the officer will shout out Red, Amber or Green and the boys must get to that colour as quickly as possible.

Each corner of the room is given an item (can be a colour, mode of transport, football team etc) Boys run around in the middle of the hall until "Find a corner" is called. The boys must quickly make their way to a corner and then when all boys have a corner then an officer with their back tuned calls a corner. Any boy in the announced corner are out.

The Physical Activities encourage the boys to be fit, it also helps to improve their hand - eye co-ordination as well as physical well being. It also encourages and helps them with their team working.

The second half of an evening at Anchor boys is spent on a less physical side. This could be anything such as Art and craft, memory games, stories, jigsaws, baking or music.

The boys play music instruments, they are left to use their imagination but also have set pieces that we use at parents night such as Old McDonald had a band.

We carry out various art and craft activities throughout the session. activities include painting, gluing, glitter. the boys make cards on special occasions such as Mothers day, Christmas, valentine's day. The boys also make calendars and posters.

These help boys to improve their memory - such as pairs, lotto or Twister.

The jigsaws used are large floor puzzles and the boys work as a team to carry out the activity, this helping them in team working - once a puzzle is complete the boys will usually have a discussion about the puzzle - such as Noah's Ark.

Boys talk about Easter and Christmas - the boys carry out a Christmas nativity each session in the church along with the Girls Brigade.

Well done and Thank you to everyone who turned out t...

Enrolment Service and Dedication of ne...