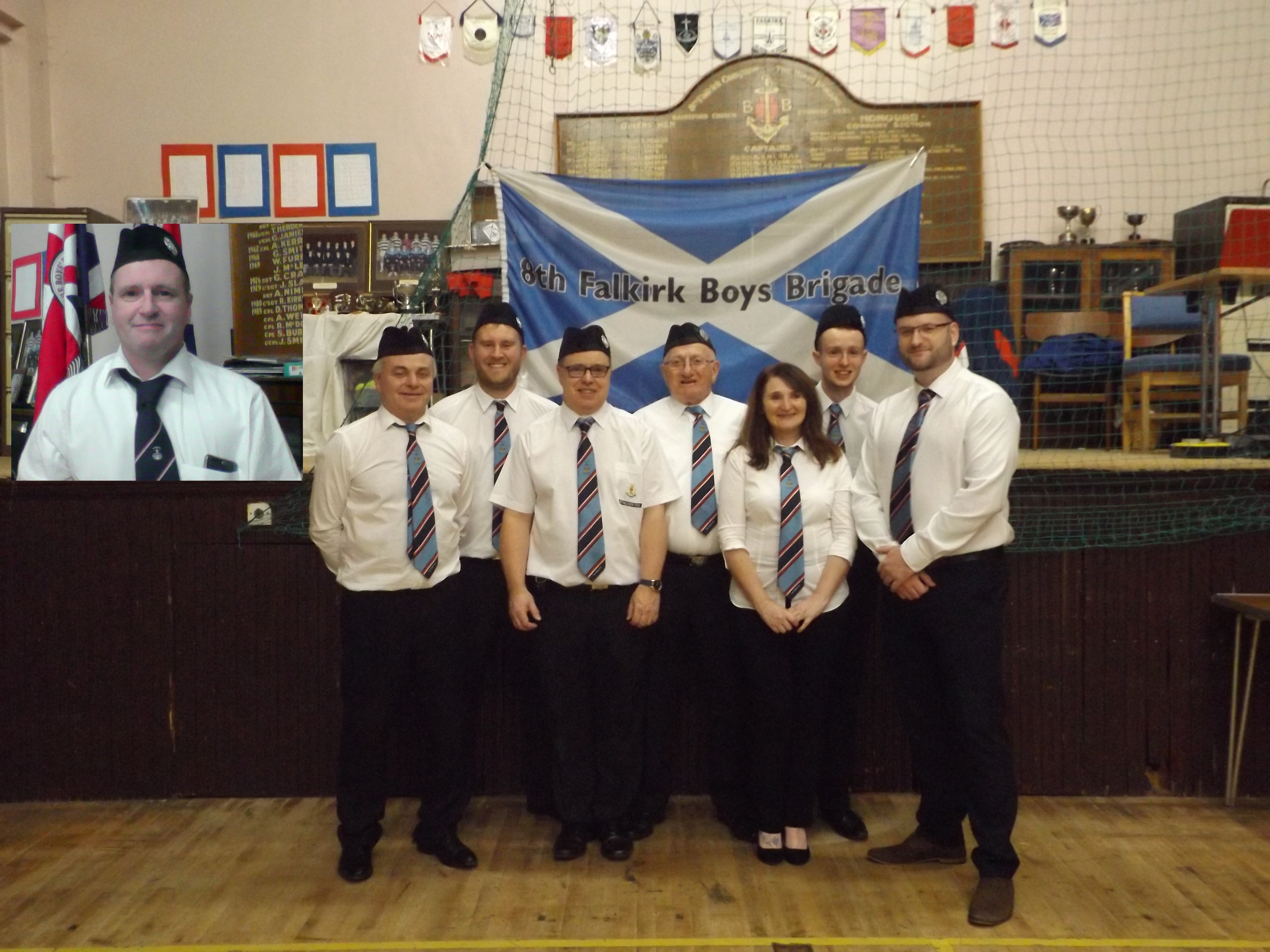 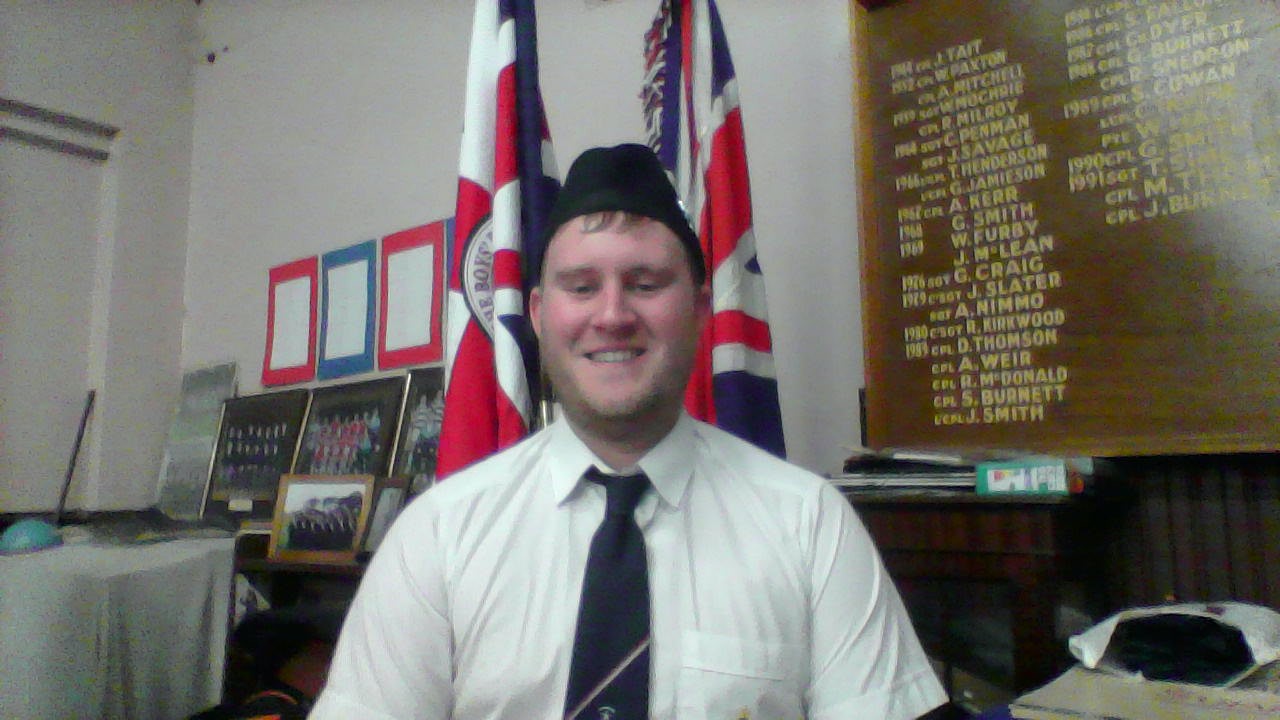 Pauls role as Captain means he is the man in charge of the 8th Falkirk Company - he has to make the decisions on how the company continues to move forward.  All officers are reportable to the Company Captain.

Paul was the first person to Complete his Captains training through the new venture called Managing Together. Managing together is a scheme set up for Captains and Officers to complete their training between the uniformed organisations (Boys Brigade, Scouts, Girls Brigade and Girl Guides). Paul was the First person to pass out from any organisation through the Managing Together Scheme.

After completing his service in 8th Falkirk as a boy the next progression for Paul was to continue onto an Officer which he served as a lieutenant for 7 years - 2 of these as the Officer in Charge of the Company Section.

Eventually Paul made the last possible promotion within 8th Falkirk in 2012 when he was promoted from Lieutenant and Officer in Charge of the Company Section to Captain.

Paul received his Queens Badge in 2005

Officer in charge of Company section 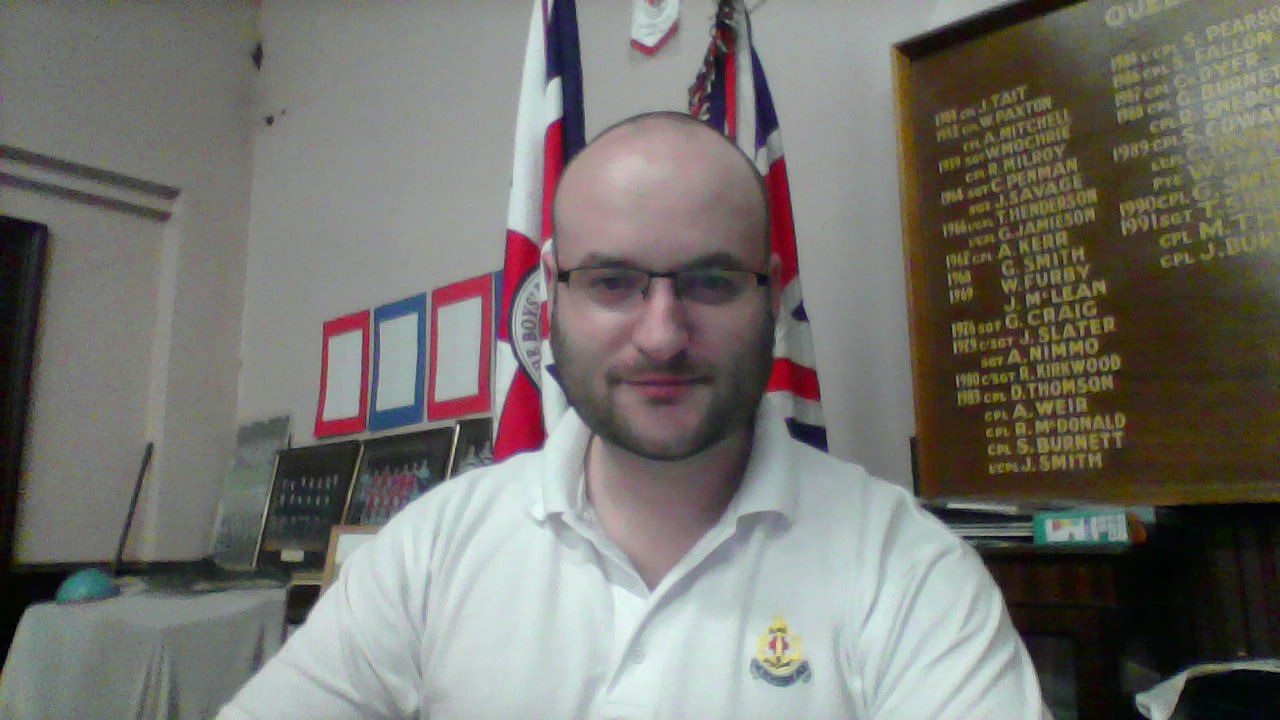 Officer in charge of Junior section 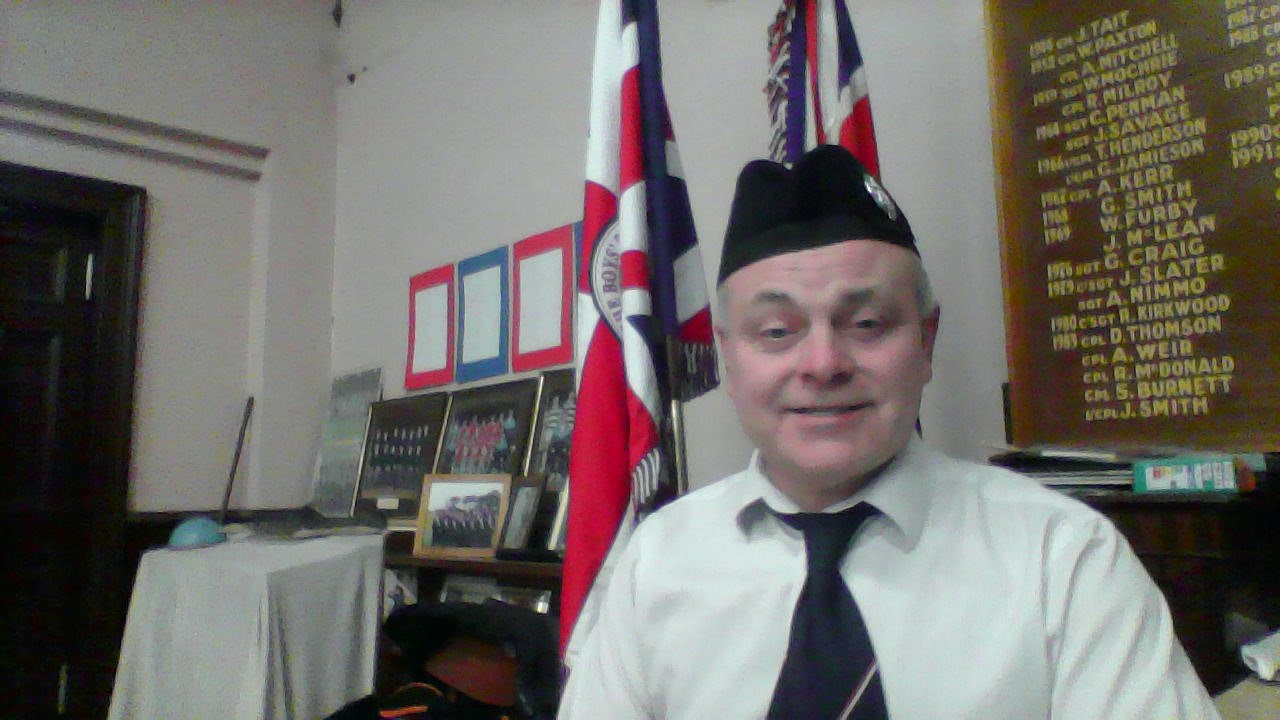 Sandy Joined 8th Falkirk Junior Section (Or Life Boys as it was known back then) in September 1969. At this time the Juniors used to meet at the North End Hall with the Late Mr John K. Tait and Mrs I Slater.

Sandy received his Queens Badge in 1979. 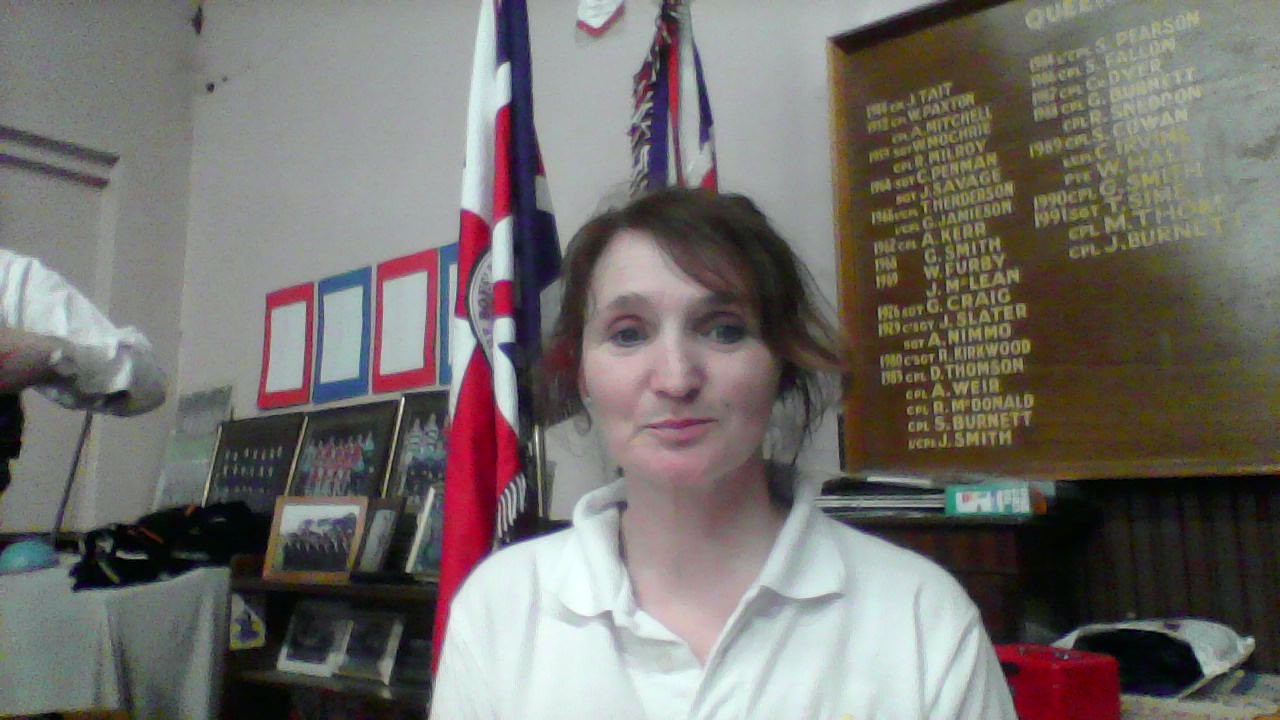 Elaines role as Officer in Charge of the Anchors (the youngest Boys in the Boys Brigade) is to help the anchors to meet new boys and start the process of making friends and learning new activities about the Boys Brigade. Elaine also has the role of preparing the boys for their promotion to the Junior Section. Elaine Also has the role of the Treasurer for the Company.

Elaine joined 8th Falkirk in 2001 as a parent helper with the Anchors. She enjoyed it so much that she decided to become an Officer in 2005 and also took over in 2005 as the Officer in charge of the Anchors. Elaine also is heavily involved with the company section and helps with the 5 a side football and Badminton and organises Swimming for all sections on a Monday evening. 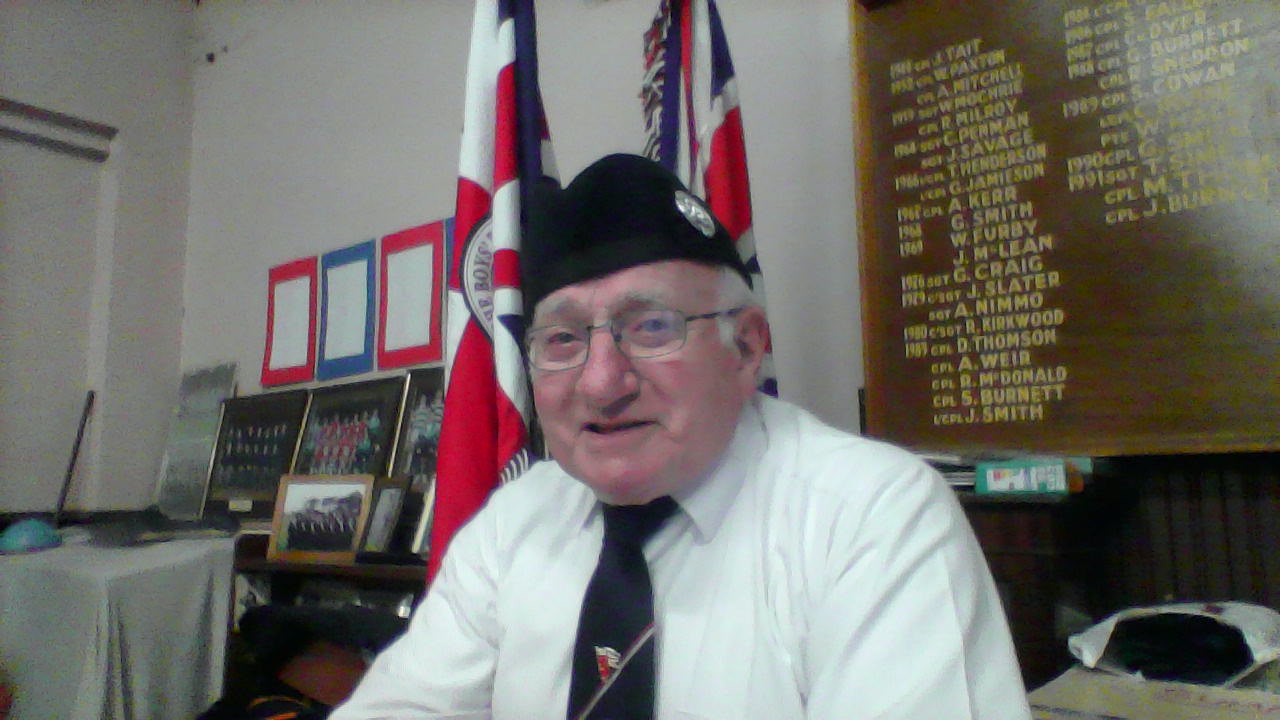 Bill Joined 8th Falkirk in 1949 as a Life boy and progressed through the company until in 1959 he was promoted to Staff Sergeant ( the first step to becoming an Officer). Bill eventually became an Officer in 1961 for a year before he left in 1962 due to other commitments which included getting Married. Bill then returned in 1984 as an Officer and has served since.

Bill received his Queens Badge in 1959. 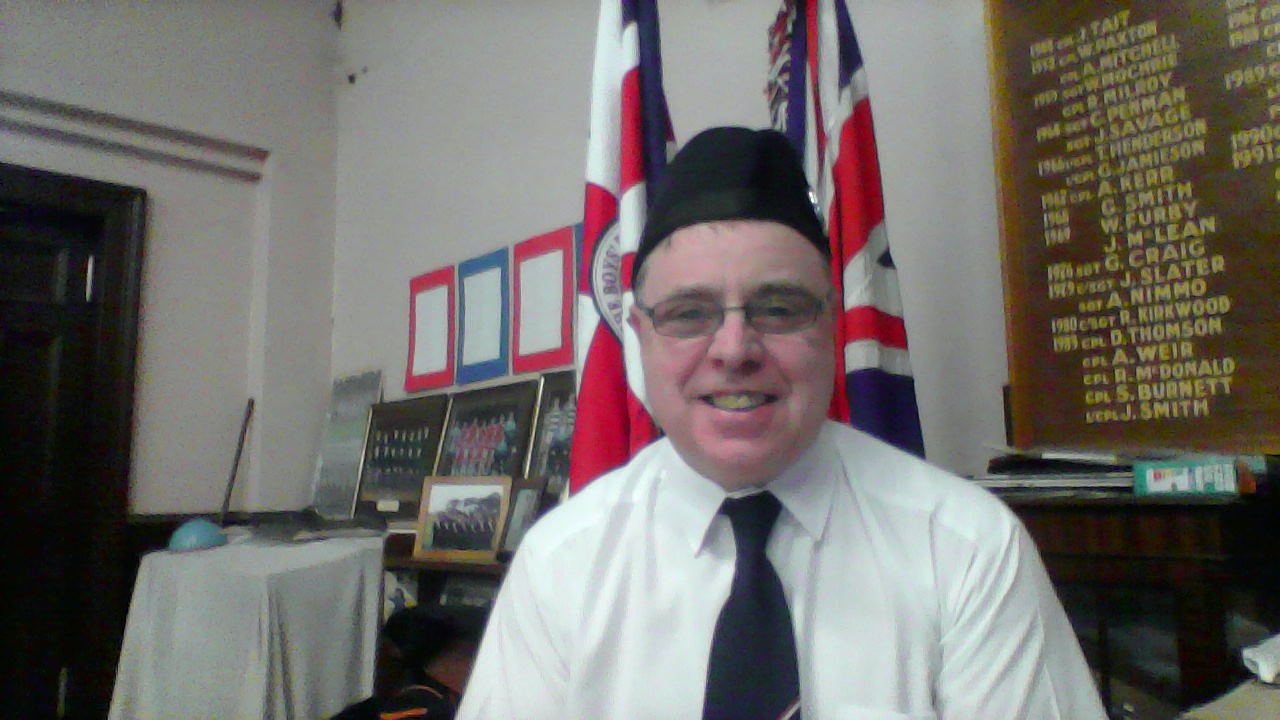 Brian is an officer based mainly in the Junior Section but also stays to carry out duties within the Company Section.

As a boy Brian was a member of the 2nd Cumbernauld Boys Brigade Company.

Brian started out helping with the Junior Section at 8th Falkirk in 2002 when his son Daniel was a member of the Junior Section, carrying out simple helper duties such as running boys to Swimming and Football. In 2007 after a plea at parents night Brian made the step up to become an Officer. Brian is now an Officer involved with both the Juniors and Company sections. Brian works with the Company section boys working towards Queens Badge and also is the Officer responsible for running the Table Tennis team both at Battalion and National level. Brian hopes to get his Table Tennis team back to the top like a few years ago when he has teams reach national finals and travel to England and Ireland. Brian did consider leaving the company when Daniel left but after meeting boys in Falkirk High street and them asking about the boys brigade he realised he couldn't walk away from something he enjoys so much. 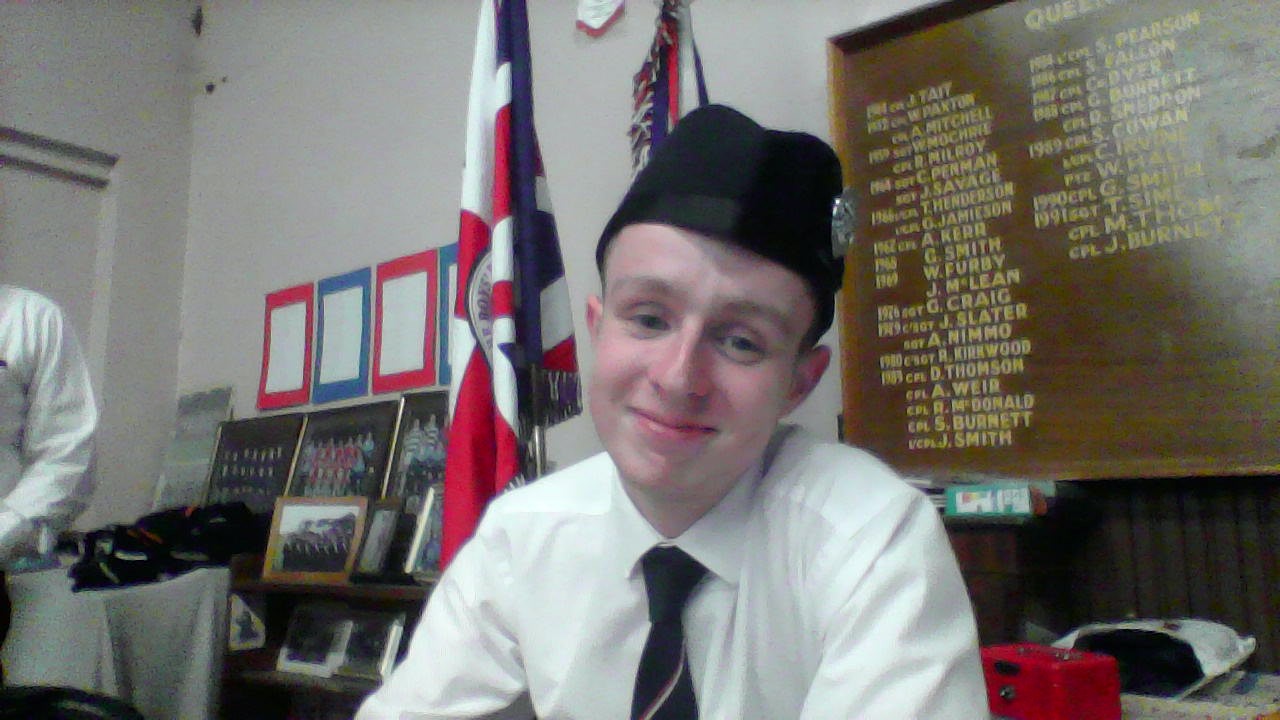 William is an officer based mainly in the Anchor Boys but also stays to carry out duties within the Company Section.

William joined 8th Falkirk in 2008, He was in junior section when he joined.  William started to take responsibility within the company when he was working towards his Presidents badge and Queens badge. William enjoyed the chance to help the company, so decided to stay on and become an officer.

William recieved his queens badge in 2016 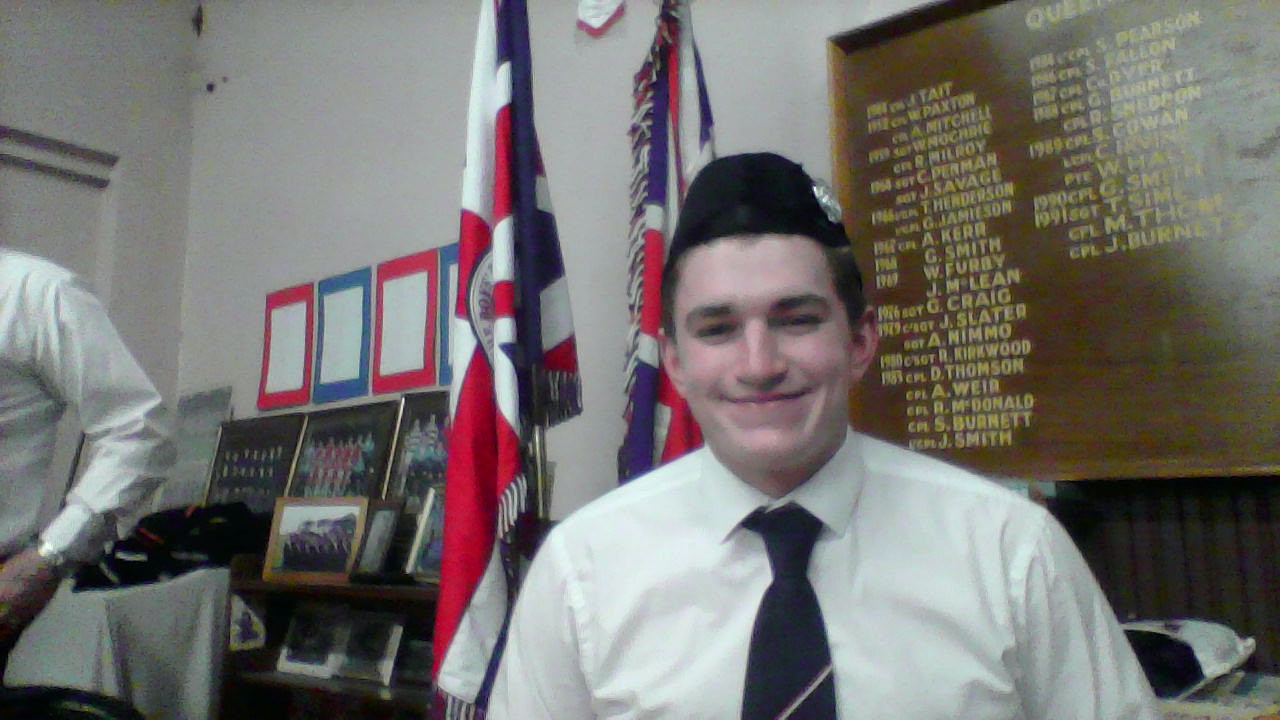 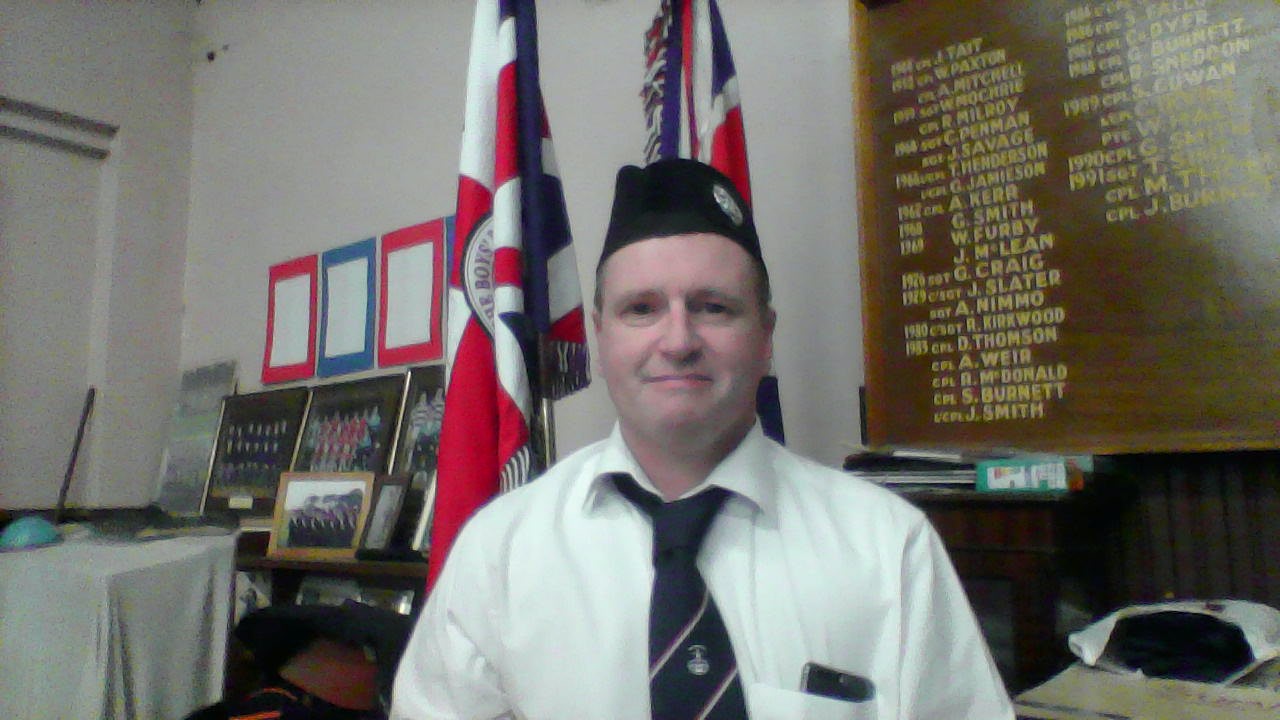 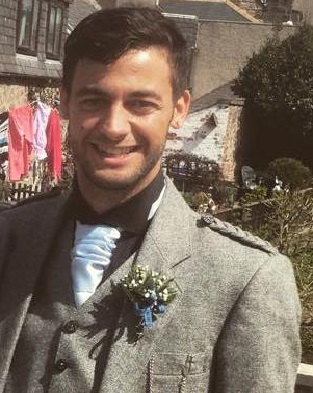 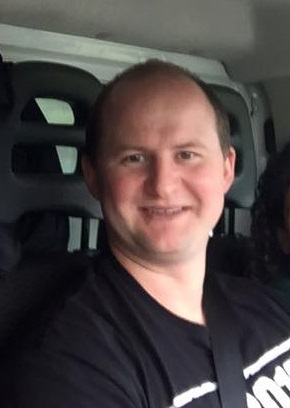 All officers and Helpers are part of the PVG scheme which has replaced the disclosures.

PVG HELP TO ENSURE THAT THOSE WHO HAVE REGULAR CONTACT WITH CHILDREN AND PROTECTED ADULTS THROUGH PAID AND UNPAID WORK DO NOT HAVE A KNOWN HISTORY OF HARMFUL BEHAVIOUR.

More information about PVG is available at What is PVG?

All officers are trained to administer a basic level of First Aid.

At Bainsford Parish Church we also have a Defibrillator - should the worst happen.

Well done and Thank you to everyone who turned out t...

Enrolment Service and Dedication of ne...